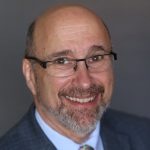 Dr. Jeffrey Zimmerman is a licensed psychologist (in CT, MA and NY and is registered in Florida to provide out-of-state telehealth services https://flhealthsource.gov/telehealth/). He has been in private practice since 1981. In addition to a general office practice, Dr. Zimmerman specializes in the treatment of anxiety, depression, and conflict around divorce.  He also is a frequent speaker at professional meetings and has trained many other clinicians in some of the conflict resolution and co-parenting training strategies he uses. Dr. Zimmerman has also co-authored three books about reducing the devastating impact of divorce on children and for 22 years was co-founder and managing partner of Connecticut Psychological Group, Beacon Behavioral Services and the P.E.A.C.E. Program (Parents Equally Allied to Co-Parent Effectively) before returning to solo practice in 2007. He also is a co-founder of The Practice Institute and has co-authored or co-edited four books related to professional practice.